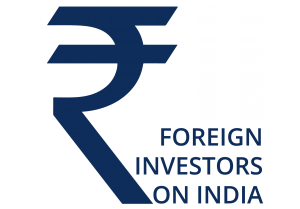 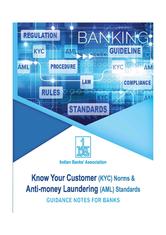 Public banks will need to raise additional capital of up to Rs.430 billion next year as they have call options falling due on the alternative tier-1 (AT-I) bonds totalling Rs 233 billion during FY 2022, according to ICRA Rating.

“Capital will also be required to support credit growth as their internal capital generation could remain weak even next year. The ability of public banks to raise capital from markets will be critical to reduce the Government’s recapitalisation burden next year,” said Anil Gupta, Sector Head – Financial Sector Ratings, ICRA Ratings.

The AT-I bond market for public banks has revived in the current year with more public banks issuing AT-I bonds as compared to last year. In addition, a few public banks have been also able to raise equity capital totalling Rs.75 billion from markets after a long gap of almost three years.

This coupled with the Government’s budgeted equity capital infusion of Rs 200 billion for FY 2021 should suffice for FY 2021, he believes.

This coupled with better competitive positioning of banks vis a vis other lenders driven by a steep decline in cost of deposits could improve bank credit growth to 6.0-7.0% in FY2022 from an estimated 3.9-5.2% in FY2021 and 6.1% in FY2020, according to the rating agency.

“As moratorium on loan repayments is over and though we await the Supreme Court directive of on asset classification, the Gross NPAs and Net NPAs for the banks are likely to rise in the near term to 10.1-10.6% and 3.1-3.2% respectively by March 2021 from 7.9% and 2.2% respectively as of September 2020 and the resultant elevated credit provisions during H2 FY2021 as well.”

However, Net NPAs and credit provisions will subsequently trend lower in FY2022 as the banks have reported strong collections on their loan portfolio with most banks reporting collections of over 90%.

The loan restructuring requests much lower than previously estimated which has been supported by sharper than expected improvement in economic activities as well as liquidity support through an emergency credit line guarantee scheme. Accordingly, ICRA revised its loan restructuring estimates downward to 2.5-4.5% of advances as against 5-8% estimated earlier

“With expectations of sustained collections and lower restructuring, the asset quality is expected to improve further with net NPA declining to 2.4-2.6% by March 2022. This will lead to lower credit provisions and better profitability in FY2022,” said Gupta.

The capital position for large private banks is strong and can withstand the stress case scenario for asset quality after these banks raised Rs.544 billion of capital during 9M FY 2021.

With large capital raise and expectations of improved profitability, the banks are also well placed to exercise call options on their Rs.260 billion of AT-I bonds falling due in FY 2022 and FY 2023 without a significant impact on their capital.

The rating agency expects capital requirements for private banks to be limited to a few mid-sized and small private banks at less than Rs.100 billion till FY2022. #banking #loans #financing #investment /fiinews.com